Chanute has a Conservation Plan that is put into effect in times of drought. There are three stages that are put into effect by various trigger events listed in the plan. 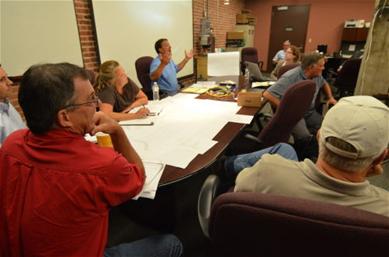 The City of Chanute and the Office of the Governor asked all water users to cut back wherever possible to conserve what water we have. As levels decline, more restrictive stages of the plan would be put into effect, including mandatory water restrictions. You can see the State drought updates at the