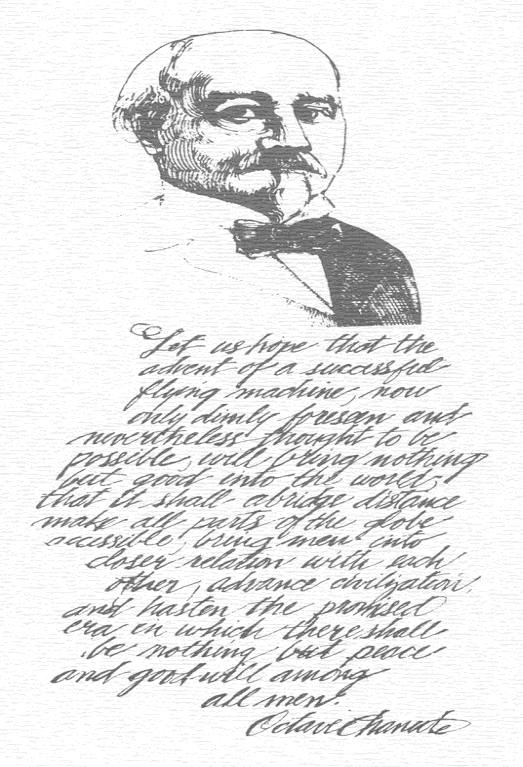 "Octave Chanute is a man who made a difference. Because of the role he played in opening up the west as a railroad and bridge builder, the advancement he caused in railroad technology, as a Founding Father of the science of aviation, Octave Chanute is still having impact on our daily lives."
-Bradley Eilts, Assistant City Manager, City of Chanute

The City of Chanute was given the pictured artwork commemorating the 100th anniversary of the first heavier-than-air flight by the Wright brothers. The artwork was a gift from the Chanute High School’s Class of 1941.

This project continues to evolve, as the city plans to add landscaping and information regarding the linkage of the Wright brothers and Octave Chanute. The artwork is located just off Chanute’s Main Street in the heart of the downtown area.